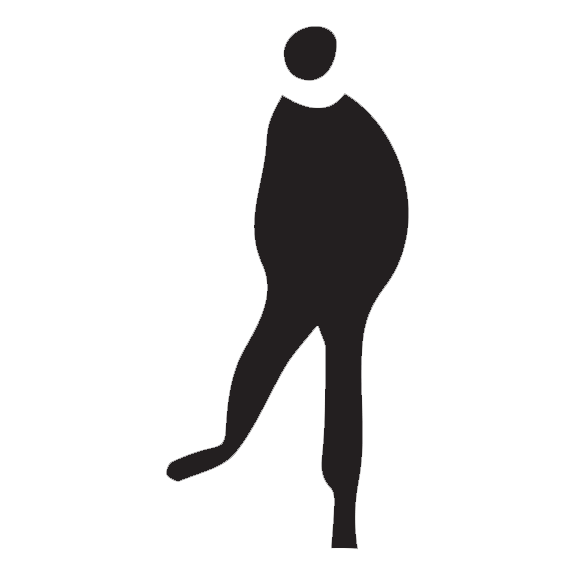 The Noguchi museum in Queens, NY

When I went to Sapporo in 2015 for the first time, I visited Moerenuma Park and fell in love with it immediately. Since then, the park’s architect, Isamu Noguchi (1904–1988), has become one of my favorite.

I began to search Noguchi’s other works and was happy to find that he had a dedicated museum (or the Isamu Noguchi foundation, some call it) in Queens, New York. So we decided to pay it a visit on a warm July day, and below are some photos of Noguchi’s sculpture works I took. You can find the entire list of collections here.

Dia:Beacon is an interesting modern and contemporary art museum located in Beacon, New York. We visited the musuem in July 2019, a pleasant detour of our independence-day road trip from Boston to Pennsylvania.

The exhibition space is inside an old multi-level factory. I didn’t find the sculptures and art work particularly intriguing per se, but I did feel a sense of uniqueness, probably because they’re adequately set up and placed with the perfect amount of light shedded into the room. Below are some photos I took.

Not sure if it’s structurally necessary to have these many pillars in the underground level , but it’s a smart use of repetition and very visually appealing. I happened to capture a lady walking in between the pillars.

Modern art is always tricky because some under this category are very close to the definition of garbage. I wasn’t able to take photos of all interesting objects & exhibitioins at Dia:Beacon, but those above hopefully are enough for you to make a decision.

For me, I love the use of light here so the place is definitely worth the ticket, though I probably won’t return.

I won’t pretend that this was a just a casual trip. In fact, I never thought I would have a chance to go on a road trip in Japan before 30. I didn’t know Japanese. I barely do now. It’s really a dream come true.

I was excited after arriving from a 12-hour long flight, Japan Airlines’ JL7 (BOS - NRT) on Dec 29, two days before the New Year’s Eve. It’s not my first visit to Japan, it certainly won’t be the last one (who knows), but it would be my first road trip. I knew it would be fun driving in Japan.

But driving in Tokyo? Not so much. Expensive toll fees and parking problems could be painful, not to mention the heavy daily traffic. Plus, Tokyo already has probably the most convenient (and sophisticated) metro system in the world.

I had a wild plan of staying for more than 6 days in Tokyo - it’s great knowing what to expect. But it turned out that even a week was not enough. Tokyo is more than just a metropolitan city - it’s a little universe. Food, people, nature and tradition harmoniously co-exist here. No, they are more than just existing - they’re delicately functioning.

For Westerners, Michael Pronko’s Motions and Moments offers a great POV into the daily urban life of Tokyo. As a Chinese, I enjoyed trying to immerse myself into the city, and imagine that I actually live here. I tried so much that I got tired of taking photos like a tourist, which I was. Now I am regretting.

It’s places like Kamakura that make Tokyo even more diverse. I know Kamakura technically belongs to the Kanagawa Prefecture, but many tourists in Tokyo would do a one-day trip here to visit the historic temples and gardens. Plus, it’s adjacent to the Shonan beach, which compensates the lacking of similar ocean views in Tokyo.

Kamakura is famous for its five great Zen temples, of which I picked the top 2, Kenchō-ji (建長寺) and Engaku-ji (円覚寺). In these temples you can really feel the successful localization of Buddhism in Japan. You can even hike a bit here, which let me grab a beautiful shot of Mt. Fuji in the sunset.

I didn’t bother driving here from Tokyo because of the rush hour traffic. Taking a JR train was extremely convenient (and cheap). Kamakura really is a perfect day-trip destination.

The drive from Tokyo to Karuizawa took us about two hours, mostly via Kan-etsu Expressway (関越自動車道) and Jōshin-etsu Expressway (上信越自動車道 ). The Japanese Kanji of Karuizawa is “軽井沢”. I really like its name for the casualness it conveys. “軽” means light, which is exactly what Karuizawa is - small, quiet and relaxing. It is also expensive, which is rare for rural Japanese areas. Maybe it’s because Karuizawa is supposed to be a place where the rich / privileged own luxurious houses and villas for summer vacations.

I grew interest in Karuizawa from the Japanese TV series Quartet, later the new season of a Netflix show Terrace House: Opening New Doors. Both are based in Karuizawa, and fun to watch.

I heard it was best to take a bicycle tour to visit the place, and this was confirmed as we drove through the beautiful town. The sad thing was, we arrived at Karuizawa on a cold January day, so there wasn’t really much we could do. Museums and hiking trails were also closed during the winter season.

We would love to try the Hoshino hot spring, but we already got one in our hotel room at Marriott, and we were heading to Kusatsu - the famous onsen town - the next day.

It was a fun drive to Kusatsu - we drove on Japan’s national highways(国道292草津) in Gunma Prefecture, where I saw the snow chain road sign for the first time. This highway has a famous section across the Shiga Highlands(国道292志賀高原段), known as the highest national highway in Japan, and it’s supposed to have incredible views. The sad thing is, again, that this part of roads were closed from November to April due to the heavy snow. Maybe next time!

We stayed at one of the most expensive onsen hotels in Kusatsu, named Onsen Boun. The interior wasn’t as good as in the pictures but the onsen was the real deal, and it was absolutely beyond expectations. (Sorry no photos…)

Thanks to the closed roads (mentioned above) on the north, we had to take 国道144 - 国道406 - 国道58 to get on the Joshin-etsu Expressway(上信越自動車道). We unintentionally passed by Tsumagoi (嬬恋村), a highland village with stunning views, and came across some really twisted roads covered by ice and snow.⬇️⬇️

Even the Expressway was not easy to drive, as the visibility may be quite low during snow. I was really impressed by how fast the snow removal was done on Japanese highways, otherwise the situation could be a lot worse.

Kanazawa is the first city I’ve visited in the Sea of Japan side. Many features of Kanazawa’s cityscape have developed in response to the winter climate. But unlike cities in Hokkaido, it has a much deeper cultural atmosphere.

In the centre of Kanazawa, where the land suddenly rises into the slopes of a plateau, the ancient stone walls of Kanazawa Castle and the trees overhanging them seem traced in the monochromatic tones of ink paintings. On the adjacent hill, some eight thousand trees are hibernating under the heavy snow in Kenrokuen, the castle’s outer garden. Their branches bend with the weight of the snow over the landscaped pathways and ponds.

Each year before the onset of winter, poles are erected among the branches of the trees in Kenrokuen and rice-straw ropes suspended from their tops are attached to the branches to provide support against the snows of the Sea of Japan coast. These canopies of ropes, known as yukitsuri, shroud not only the vast aged trees, but also fragile younger trees and bushes.

I am not familiar with the interesting history behind Kanazawa, but I really enjoyed walking in this city. It’s like walking in Kyoto, though you would feel more isolated here. A few steps away and you could be completely alone.

We were also lucky enough to witness the acrobatic performance from the firemen of Kanazawa’s fire station(消防出初式). Totally unexpected!

The Umeno Bridge(梅ノ橋) across the Asano river offers a nostalgistic feel as well as a great spot for portraiture photography.

Shirakawa was a famous traditional village in Gifu Prefecture, which is on our way from Kanazawa to Kyoto. A pretty nice little town - also very touristy. We paid Shirakawa a short visit, so that we could check in our hotel in Hida before late night.

What I liked most about our hotel Hotel Kikori that day, was that we could taste the lesser-known Hida beef without staying at the Hida city! Which turned out a huuuuge mistake - because the hida beef was soooo good!

The delicious breakfast really gave us a wonderful mood for our drive down to Kyoto. The first half of this drive was also quite exciting, as we were in a snow world. See below: